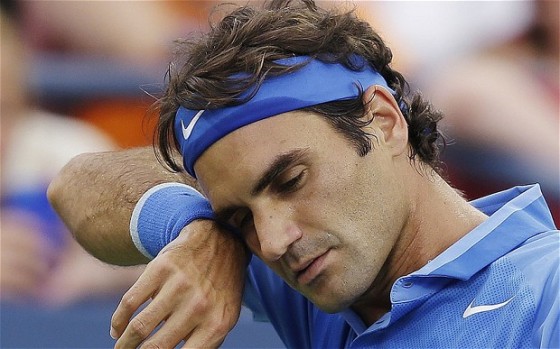 ALTHOUGH Mikhail Youzhny, Tommy Haas, Tommy Robredo and Lewton Hewitt are able to cause some stir occasionally in slam events, the new age algorithm of ‘30 is the new twenty’ doesn’t hold water any more in the men’s tour, but admittedly not so in the case of the feminine gender. Three out of four of the semi-finalists (Serena Williams, Li Na and Flavia Pennetta) who had slugged it out against each other in New York on Friday were in their early 30’s. “It’s amazing to see athletes doing so well, their careers longer so fans and themselves can enjoy their careers much better. Everybody looks much fitter, really taking care of their body and taking the sport to the next level”, said 24 year old Belarusian Victoria Azarenka who was the lorn outsider in the 30’s club.

Curiously enough the game of tennis is a solitary quest. Once a player allows himself the luxury of relishing within the boundaries of the tramlines, he like a boxer in the ring becomes a lone wolf all by himself. ‘Deep down, he is a super-sensitive human being full of fears and insecurities that people who don’t know him would scarcely imagine’, says Rafael Nadal’s mother, Anna Maria Parera.     That’s exactly the reason why time and again Nadal had cast that washed up glance at his uncle Tony in the player’s box when his feared topspin forehand attritions were neutralized more by the rain soaked brick dust rather than Novak Jokovic, the year before in the final at Rolland Garros.

When he was riding the crest of waves of invincibility Roger Federer in a television interview had revealed that the optimal element of his gamesmanship was court coverage. At 32, last Monday he looked like a poor soul in Louis Armstrong Stadium biting the dust in his fourth round match against an opponent he had beaten in all 10 of their previous meetings. “I kind of feel like I beat myself”, Federer admitted in a post-match press conference. On the ESPN broadcast commentator John McEnroe was more pitiful, “I almost don’t believe what I’m seeing, it’s not that he’s missing it. It’s the lengths he’s missing it by.

On his climb towards where he is now, Rafael Nadal usually took the road less travelled. Take the beginning of the season in which he skipped ATP tournaments, passing up the chances of big payouts, in order to prepare himself for returning in better shape, especially given that his court craft is built around the artifice of the mind game, frustrating his opponents by chasing down every unplayable ball thrown at him and sending them back across the net by his distinctive sprint power.

Historical sporting facts constantly have highlighted that sprinters peak in their 20s. While Nadal, Djokovic and Murray are only past their mid-20’s Federer is older than them by a good measure of 6 years. When Usain Bolt set the 100 meter world record of 9.58 in 2009 in Berlin he was hardly 23. Since then he has not been able to run as fast. Physiology experts say that depletion of muscle mass and the drop in neuromuscular function are attributable to collateral damages of ageing explaining why sprinters are not able to sustain the length as well as frequency in their strides, as they age.

When the ball is in play and one is down under and nervous, one always tries to do too much or sometimes too little and never the right thing. The whole world was watching when Federer could only run up to the drop shot ball a fraction of a second late so much so that he did not have the chance to regain his equilibrium to flip the ball at the right angle across the net. During the last 3 months this pattern where the evolution of the human physiology was more explicit than ever before; in the second-round humiliation at Wimbledon, the semifinal fall in Hamburg and the second-round loss at Gstaad against players ranked outside the top 50. Yet this is also where, if one can address experience as mind reading, or even better, anticipation, counts. It might require a lot of hard work and players’ study to employ such dexterity, but who knows a player of the caliber of Federer may be able to achieve the impossible. If that is not the case, then even for the GOAT (Greatest of All Time) it may be sundown.

( This post could not be published soon after the US Open 4th round match Between Federer and Robredo because of contractual obligations .)