In the match against Barbados Charlie Griffith was to deliver the fourth ball of his second over. At that time sight screens had not come into play. Someone opened a window in the pavilion and Nari’s head turned for a moment denying him the chance to duck Griffith’s ball. He lay unconscious in the hospital for 6 days. It was West Indies’ captain Sir Frank Worrel who first donated blood to Nari when the situation demanded blood transfusion…    Read More…

NOT MANY people know that his father had named him after the legendary music director Sachin Dev Burman. As a matter of fact until the age of 14 he had aspired to become a pace bowler. However he received the cold shoulder in 1987 from the Australian great Dennis Lillee at the MRF Pace Academy in Chennai. But then all through his 24-year long career he never had to pay up the monetary fine imposed by the Indian cricket team for late coming players and for those flouting the dress code. 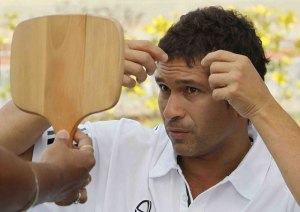 Tendulkar adjusting his locks before a prize distribution ceremony

The individual records associated with Sachin Tendulkar’s name perhaps may never be broken. At the same time it is worth mentioning that Pete Sampras’ record of 14 grand slam wins was once considered unbreakable. When Roger Federer surpassed that record with 17 grand slam titles, the power brokers rolled out the debate whether he was or not the GOAT – Greatest of All Time. Now with Rafael Nadal closely on his heels with 13 grand slam credits under his belt the ‘greatest ever’ power equation appears to be shifting. Apparently Tendulkar’s performance off the field has been impeccable unlike most celebrities though they have had only the good fortune to attain much less success in comparison.

Yet purists of the game argue that Tendulkar has never been a team player. They say his individual contribution to the team’s performance can never be matched with those of Saurav Ganguly, Anil Kumble, Rahul Dravid and V.V.S. Lakshman. Some of the media barons of his home town in the meantime had conspired to camouflage the fact that Tendulkar had kept his admirers 2 years on edge during his journey from his 99th century to 100th. Pakistani batting legend Javed Miandad has confessed that his attempt to unduly prolong his career did not do him any good. We have seen this flaw in judgment not only with sporting legends but also with other great artists of yesteryear. The rumour mill is also rife with whispers that the highest civilian honor has more to do with political mileage than appreciation for a sporting genius.

Mansoor Ali Khan Pataudi at 21 was the youngest test cricket captain India has ever had. The cricket commentator foursome of Sunil Gavaskar, Ravi Shastri, Sanjay Manjrekar and Harsha Bhogle oddly appear to have overlooked the circumstances that led to having Pataudi take over the reins from Nari Contractor during their customary time travel escapades into India’s cricketing history. Nari was incapacitated and lost his career while captaining the country’s test team in West Indies. In the match against Barbados Charlie 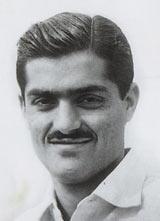 Griffith was to deliver the fourth ball of his second over. At that time sight screens had not come into play. Someone opened a window in the pavilion and Nari’s head turned for a moment denying him the chance to duck Griffith’s ball. He lay unconscious in the hospital for 6 days. It was West Indies’ captain Sir Frank Worrel who first donated blood to Nari when the situation demanded blood transfusion. (Sir Frank Worrel was the first appointed black captain of West Indies. Worrell, Everton Weekes, and Sir Clyde Walcott – the “Three W’s”- made up what was considered to be the finest middle order batting line up of the 60s. He was also the most charismatic and influential captain the West Indies ever had. The affection with which his team was received in Australia during their landmark tour of 1960-61 is eulogized in the trophy named after him for which the two teams play even today.)  Now 79, Nari has never blamed Griffith, but only attributed the injury to his own distraction. 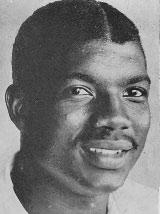 Nari Contractor never played for Mumbai. Destiny perhaps had found something so alluring in this man 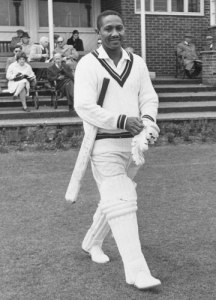 that it never wanted him out of the perimeters of its checker board. His pregnant mother was returning from a virtually unknown place called Dohad in Gujarat to Mumbai. She had hoped to have a safer delivery in the great city. Nari’s uncle was the engine driver of the train she had boarded. As his work schedule was to get over in another two hours at Godhra, he asked his sister to get off the train but promised to take her to Mumbai the next day. Things do not always happen the way you envisage them and Nari was born the same day. Little did anyone know at that time that on the basis of this incident Nari would be eligible to play for Gujarat many years later. In his debut in first class cricket Nari went on to score centuries in both the innings for Gujarat against Baroda which feat still remains unparalleled in Indian cricketing history.

The day he scored a ton against Australia at Brabourne stadium, a group of children playing cricket on the road saw Nari walking towards the State Bank of India building at Fort. When they asked him why did he have to work in the evening on a day he had scored a hundred, he smiled nonchalantly and said that a century wasn’t good enough to run his house. Sachin Tendulkar currently is estimated to be worth US$160 Million.

Nari wasn’t from Gujarat, nor from Mumbai, he was from Providence.

( Though written on 17th November this post could not be published sooner because of contractual obligations .)