We have failed in growing up to become contemporaries of our own time. So long as the process of transformation doesn’t happen in the male mind set nothing is going to change. It’s a private war each male has to fight on his own because he owes it not only to the women folk of his lineage but also to his own kind. History beckons him to make that call, now more than ever…
Read More… 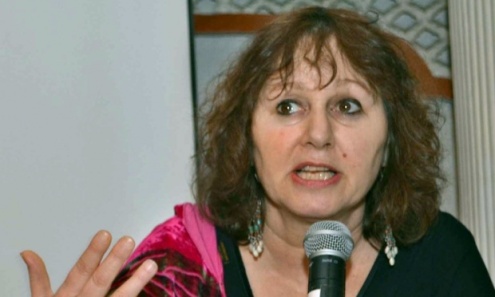 The director of the documentary Leslee Udwin

8th March 2015, Sunday, International Women’s Day: Towards the end of January a European Union commission unanimously voted to lift the ban on Indian mango shipments imposed in May last year after fruit flies were found in consignments. Meanwhile, last week one “article” that found its way into the list of six “items” that were banned by the Government of India was Israel born British actor-producer Leslee Udwin’s “India’s Daughter”, a documentary she shepherded for the BBC. As a matter of fact, BBC’s publicity machinery had promoted the film quoting an interview given to Udwin by one of the six rapists of a young undergraduate, Jyoti Singh, who died in a Singapore hospital in 2012 resulting from internal wounds inflicted on her by the assailants. In that interview, Mukesh Singh, the driver of the bus in which the untoward incident occurred, spoke remorselessly making disdainful remarks about women that soon became controversial prompting the Government to act swiftly.  It had taken Udwin two years into making “India’s Daughter”, especially given that it was her debut as a film director, which was slated for telecast on March 8, International Women’s Day. However, due to the proscription of the release of the documentary in the country by the Government, BBC Four advanced the telecast and aired it on the night of March 4. 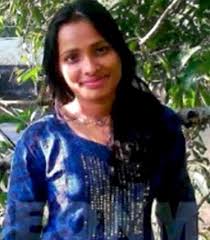 Nirbhaya, who went on to become a metaphor

Ludwin’s film, if not anything else, is a vulnerable portrayal of the many Indians within one – the India of Jyoti Singh’s parents who sold their family land to come to the capital city to educate their daughter, and Jyoti Singh who did night shifts to support her own medical education allowing her hardly 4 hours of sleep every night, who wanted to see a movie before she started her internship because she thought she won’t be able to afford that luxury once she became an intern. And the India of rapists like Mukesh Singh, who believed: “A decent girl won’t roam around at nine o’clock at night. A girl is far more responsible for rape than a boy.” He also said, “When being raped, she shouldn’t fight back. She should just be silent and allow the rape. Then they’d have dropped her off after ‘doing her’.” He considered women as a source of provocation and rape as an act of response. His are traditional values from a foregone age which is still shared by a demurely small section of the population exemplified by the opinions of the defense lawyers [ Sharma: There is no place for women in Indian society; Singh: as a Rajput (from a patrimonial clan) he would not hesitate to set fire to his “unmarried daughter or sister … if they behaved improperly”.]. Udwin later confessed that she had panic attacks during the interview with Mukesh Singh who was in the death row and felt as if her soul was dipped in tar. The film will be released in the United States on March 8, International Women’s Day in New York’s Baruch College.

Admittedly, the disparity in the perception of the relationship between female and male are more palpable in the present time than ever before.  However small it may be, sections of the Indian male population still remain chauvinistic.

In 2011 police records for nationwide reported rape cases, Delhi accounted for 572, Mumbai 239, Bangalore 96, Chennai 76 and Kolkata 47.Social workers estimate that there could be as many more unreported cases because of the social stigma allied with rape victims in society. What is more outrageous is the fact that it is within the family or in the neighborhood more than 90 percent of rapes take place.

The Greek metaphysical theory of art being the imitation of life has in later years been reversed to the hyperbole of life to be the imitation of art holds true when the equation is applied in the context of the Bollywood dream factory. One of the patriarchs of mainstream Indian cinema, the late Raj Kapoor once defended his own style of film making by admitting that he was essentially a dream merchant facilitating the realization of the common man’s caprices within the confinement of the movie house in the short span of 2 hours. In doing so, however, he flirted with the limits of propriety by bathing his scantily clad heroines under waterfalls in aesthetically shot song sequences that came to be known as the hall mark of his production house. 26 years after his death, permissiveness at much worse levels has gained social acceptance that once would have been taboo in middle class drawing rooms. Right wing ethnic groups on the other hand argue that given the Indian youth’s infatuation with cinema, Bollywood productions are to blame for the spiteful urban experiences that have become part of daily routine, especially for commuters.

In the meantime, the dubious obsession for the male child among many households has given in to the unchecked practice of sex-selective abortions to alarming proportions. As a consequence, the female-male ratio has touched a new low to 893 in Punjab and 877 in Haryana per 1000 males that is costing prospective grooms aspiring for a male child dearly. They now have to shell out as much as 50,000 to 300,000 Rupees to the brides’ families depending upon of the quality of the merchandise. A statistic survey conducted among 10,000 families in Haryana revealed that during the last 10 years, 9,000 brides were procured from economically under privileged households in neighboring states. 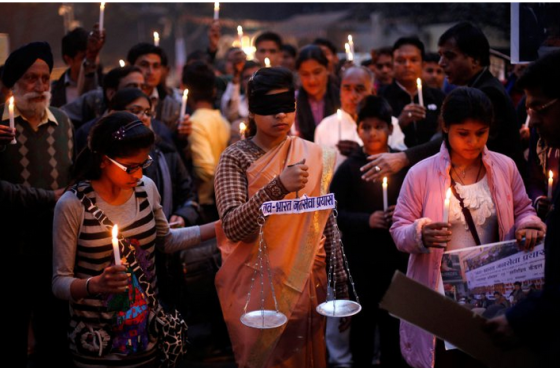 The blind Lady of Justice and lit candles in New Delhi

Regrettably though, we have failed in growing up to become contemporaries of our own time. So long as the process of transformation doesn’t happen in the male mind set nothing is going to change. It may also be not worth pinning too much of hope on the renewed legislation against atrocities committed against women until the male population of the country is rationally equipped to fight the evil within their own ranks by recognizing that the ‘mocking bird’ is a poor thing who sings its heart out just for others and deserves to be taken care of rather than humiliated. It’s a private war each male has to fight on his own because he owes it not only to the women folk of his lineage but also to his own kind. History beckons him to make that call, now more than ever.