The versatile Graf used her powerful forehand and exceptional footwork to win 7 Wimbledon titles, 6 French Opens, 5 US Opens and 4 Australian titles. She is the only singles player (male or female) to win the calendar year Golden Grand Slam. This year marks the 25th anniversary of her winning all 4 Grand Slam titles and the gold medal at the 1988 Seoul Olympics. 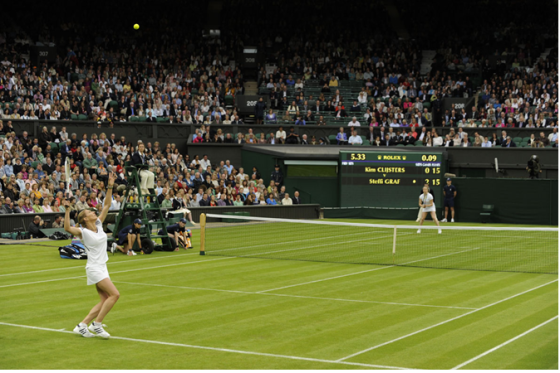